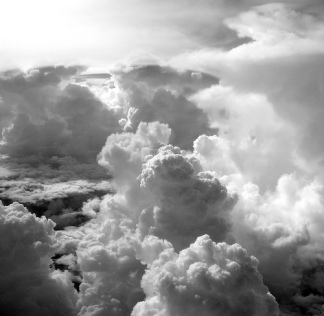 Every year, hundreds if not thousands of families arrange for the body of a loved one to be flown home for burial; most notably recovered military personnel who died overseas. Their military comrades are often seen flying on commercial airlines as they accompany the remains of fallen women and men on the solemn journey home (read an online discussion by airline personnel and others).

The air transport of bodies has long been regarded as an acceptable and allaying practice – we collectively respect (if not always understand) a bereaved family’s need for such solace. These journeys have inspired several poignant scenes in cinema, particularly in regard to military casualties.

At least one film, Taking Chance (2009), was entirely dedicated to the story of a marine escorting the body of a fellow marine back home. Another film, The Lost Valentine (2011), is a love story (spoiler alert!) that leads the viewer to the exhumation of a navy pilot’s remains – buried in the Philippine earth decades earlier – which are then transported back to the U.S. for interment by his widow, played by Betty White. In flight, it is as if the body – for a moment – transforms into spirit, gently caressing the heavens.** 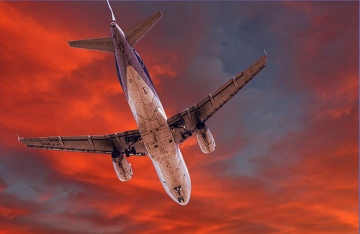 As you might expect, the transport of human remains is highly regulated, complicated and expensive. Upon speaking with a few airlines in the U.S.A. about the domestic transport of human bodies, we learned that they generally require bodies to be embalmed. Since embalming is prohibited by Jewish custom, airlines have established alternate requirements to accommodate different faith traditions: bodies may still be transported by air if they have been appropriately refrigerated and packed in a ziegler or other approved container, sometimes with dry ice (i.e., solid CO2 – the amount of which is dependent on the body’s weight and other regulated limits). As dry ice sublimates to gas, it displaces the oxygen within the carrying compartment – a potentially dangerous situation for any live animals also being flown in cargo.

Considering the numerous ways in which humans interact with other animals, there tends to be far fewer regulations regarding the treatment of animals than other humans (e.g., veterinary care vs. medical care, animal shelters vs. homeless shelters, pet cemeteries vs. human cemeteries). Subsequently, one might assume that it would be relatively easy to transport the body of a companion animal as checked baggage on a commercial flight. Not quite.

The transportation of bodies may be the rare case in which regulations regarding animals are stricter than those for humans, making the shipping of a pet’s remains overseas or between states nearly impossible. This has nothing to do with the animal per se, but everything to do with security concerns. Since the horrors of 9/11, the Department of Homeland Security has imposed exacting regulations on all shipping, and pets’ remains are not designated as a standard category for transportation.

One can ship dead animals by air as ‘meat,’ but only through a licensed shipper of meat. One can ship animal remains for scientific study, but again, from a licensed laboratory/shipper. Upon speaking with several pet cemeteries, we’ve learned that some have occasionally received a pet’s body that was shipped via FedEx, UPS or United States Postal Service (most likely in a clandestine manner, since the package may not have otherwise been transported). I haven’t heard of a case where the parcel had ever been lost, but the risk exists. I can only imagine the private desperation experienced by those who feel they must take such risks in order to get their pet’s body back home for burial.

As small dogs continue to be in fashion – easily and routinely accompanying their human companions in an aircraft’s passenger section – we expect that there will likely be an increased demand for this service.

When the Green Pet-Burial Society was founded, we included the objective of identifying and encouraging a national network of licensed shippers willing to ship a pet’s remains in order to accommodate families who desire a full-body burial at home or in a green cemetery/wildlife preserve. Initially, only one pet cemetery, Miami’s Pet Heaven Memorial Park, provided this service [update 1/8/16 – they no longer provide this service due to additional policy changes by United Airlines).

I am relieved to announce that in the Los Angeles, CA area, Pets to Vets (formerly, Pet Taxi LA) is also willing to ship a companion animal’s body, as long as it is appropriately packed by a veterinarian’s office or a pet cemetery/crematory.

We asked Pet Heaven Memorial Park how they prepare the body for transport. They replied:

Others use a sealed cooler packed in a cardboard box.

This service will be of enormous benefit to those families who prefer not to cremate. Although airflight is not ‘green,’ we’ve addressed the balance between environmental costs and support for the bereaved on our Transportation webpage. As small dogs continue to be in fashion – easily and routinely accompanying their human companions in an aircraft’s passenger cabin – we expect that there will likely be an increased demand for this service. We’ve met our objective for transport within the U.S., but will continue to encourage other pet cemeteries, crematoria, funeral homes and veterinarians to become licensed in order to pack and ship a pet’s body as a service to the bereaved.

* Although we identified providers of domestic air transport in 2012, Pet Heaven Memorial Park no longer provides this service and the former owner of Pet Taxi LA and Animal Transporters sold both companies. The new owner of Animal Transporters will not ship deceased pets. We are now exploring a new domestic network within the U.S., as well as an international transport network – by air, ship or train. Due to international laws, this will be a daunting task. We welcome your stories, help and leads, and will post information and updates as we learn anything new. Check our Transportation project page.

** Additional films with related themes include: